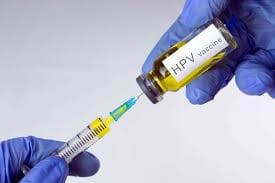 Human papillomavirus (HPV) infection has been established as a primary cause of cervical cancer. According to researches,  “HPV types 16 and 18 are responsible for about 70% of all cervical cancer cases worldwide,” (PAHO,2019)  This statistic is even more alarming noting that data from the World Health Organization places “the East Africa region has the highest rate of cervical cancer in the world” (Rael Ombuor (2019). The Kenyan Government has officially launched the HPV vaccine to control the number of patients and deaths arising from cervical cancer. Official data have equally indicated that 19.6% of girls aged 15 in Kenya contract cancer which led the government to provide the vaccine for free to all 10 years girls. This news, has however been received with many apprehensions from parents and opposition from the church.

Currently, in almost all countries in other continents, the HPV vaccine hasn’t had such a positive uptake in Africa, except in Rwanda. There has been several challenges causing the impediment in its implementation. The cultural barrier, for one, clouds parents and the church judgments despite the fact that, unlike in the past, young girls are getting sexually involve from as early as 10 years. The perceived morality from the church and other questions on the scientific elements behind the vaccine have created serious opposition from key stakeholders. Other challenges have been poor infrastructures and lack of resources (both financial and human).

The HPV vaccine has however a track record in reducing and preventing cervical cancer. It is said to have shown to be “at least 95% effective in preventing infection with the most oncogenic strains of HPV, and 100% effective in preventing precancerous changes of the cervix when administered prior to the onset of sexual activity,” (Kari P. Braaten, 2008) From an economic perspective, the vaccine reduces early deaths and ensure that young girls grow up and contribute to the development and growth of their country.

The HPV vaccine is available across the country in both public and private hospitals for as low as Kshs 500.

With the alarming increase in the rate of cervical cancer in the region, the HPV vaccine has been considered a key element in eliminating the disease. The deeply rooted African culture is not only a sign of pride but represents also a sense of uniqueness of its people.  As positive as it has been, this can sometimes cause some regressions in terms of growth. The HPV vaccine has demonstrated, over the years, to be a solution towards preventing cervical cancer and currently, represents the only hope for the future generation. For a better future, to save the lives of our children, let’s give the vaccine to our girls.