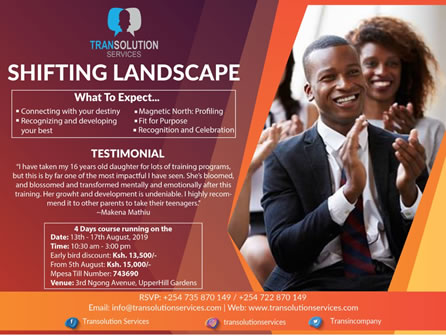 The late Nelson Mandela in his autobiography wrote that he dreamt of an Africa that is at peace with itself. How best could our leaders uphold that peace if not bringing the nations together after independence to form the African Freedom Day now known as the African Union.

It is in this regard that nations all over Africa gather to celebrate the Africa Day on the 25th of May every year.

But that’s not the point because many will argue that to what benefit does it bring to member states. Look at this; In May 2013, during the 50th Anniversary of the Organization of African Unity, the AU Assembly of Heads of State and Government adopted a landmark declaration. They vowed that Africa would not bequeath the burden of conflicts to the next generation and made a commitment to end violent conflict on the continent by 2020. This lead to the birth of the AU initiative: Silencing the Guns by 2020.  This initiative has seen the development of system and peace plans such as the Continental Early Warning System, the Panel of the Wise, Special Envoys, and ad hoc mediation panels. All these are with no doubt a plus to the peace that different countries continue to enjoy in Africa.

As we celebrate this year’s African Day, lets embrace peace upon ourselves, our families and with the people we live around. Let’s not kill a fly that has landed on our face with a hammer, there are better ways of solving disagreements such as peace talks and mediations. Peace brings love. A peaceful family is a growing family and a peaceful nation is a developing nation. Linda Evans writes that “if there’s no inner peace, people can’t give it to you. The husband can’t give it to you. Your children can’t give it to you. You have to give it to you.” The building of peace in upholding the true meaning of Africa Day starts with us.